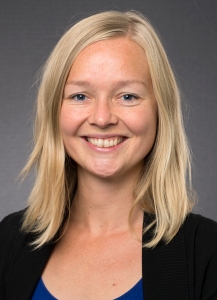 Mette Lind Kusk is a PhD fellow at the department of Anthropology, Institute of Culture and Society, Aarhus University, Denmark.

Her main interests are intimate conflicts and how people live with them, land, conflict management, legal pluralism, and trust in institutions and in neighbors. Since 2012, she has conducted several periods of ethnographic fieldwork in and around Gulu town, Northern Uganda. In her research, she follows conflicts over land between neighbors over the course of two years in order to get an understanding of why so many of these conflicts occur, what the conflicts are about, how they play out, which institutions people turn to, how these institutions respond, and more generally, which consequences these conflicts have for people.

In TrustLand, Mette’s study will add perspectives on intimate, local conflicts over land, the (un)trustworthiness they generate, how they unfold over time as well as how people navigate the systems of legal pluralism in a context where several actors can be engaged as authorities over land.

She is also interested in exploring different forms of visual field notes. When doing fieldwork she posts graphic notes inspired by impressions, experiences, and thoughts from her everyday life in Northern Uganda on this blog: http://ethnographicfieldnotes.blogspot.dk/

She has an article under publication in the Danish journal Jordens Folk called ‘At forudsige truslers effekt: Om intimideringer, jordkonflikter og naboskab i Uganda’ (in English: ‘Predicting the effect of threats: On intimidations, land conflicts, and neighborliness in Uganda’).

2015. ‘Land for the future or land for money? Disputed land transactions around Gulu town, Northern Uganda’ presented at the conference Urban Property, Governance and citizenship in the global South, 23-26 of June 2015, Copenhagen